On August 9, 2021, the Intergovernmental Panel on Climate Change (IPCC) released its Sixth Assessment Report, which concluded for the first time that there is no doubt that human activities cause global warming. UN Secretary-General Antonio Guterres says this is an emergency alert for all human beings.

According to the IPCC’s report, the world has already been warmed by 1.1 degree, so we may exhaust our remaining carbon budget (the maximum amount of carbon we can emit) against the 1.5 degree target by 2030, if we cannot reduce global emissions from their current level.

Therefore, there is growing concern that it will be too late to solve global warming with the International Maritime Organization (IMO) greenhouse gas (GHG) reduction strategy (which calls for a 50% reduction in total GHG emissions from international shipping by 2050, compared to 2008 levels). We must target zero emissions in 2050. IMO plans to summarize a review of this strategy by spring 2023.

On the other hand, the key to achieving zero emissions is alternative fuels.

Technology development on using clean ammonia, hydrogen, and methanol, which do not emit CO2 during combustion, is underway. And to ensure the safe use of new fuels, classification societies are participating in projects to set safety standards. But these new fuels must be synthesized from scratch, unlike crude oil, a magic fuel that can be extracted from the Earth by drilling wells. Therefore, prices of alternative fuels are expected to be double or triple those of current fuels. Today, ship fuel costs are expected to remain high—more than ¥100,000/ton—due in part to the impact of the war in Ukraine, but there is no doubt that alternative fuels will cost even more.

We must adopt any available means, from both hardware and software aspects. These include the installation of energy-saving devices (ESDs) as a matter of course, as well as the use of high-performance antifouling paint to reduce ship bottom friction, complete sandblasting treatment on ship bottoms at intervals of seven to 10 years to minimize the roughness of the hull bottoms, and more effectively to avoid stormy weather based on information from Weathernews, Inc.

Among these approaches, renewable energy such as solar and wind power, which are currently not used, have emerged as candidates. But solar power has low energy density and is not powerful enough to use for vessel propulsion. On the other hand, the transport volume of vessels has increased by orders of magnitude from the ships of 200 years ago, which used wind as their main propulsive force. And the energy required for propulsion has also increased, too. As I wrote in another column, we need to promote technological innovation to use wind power in the future. 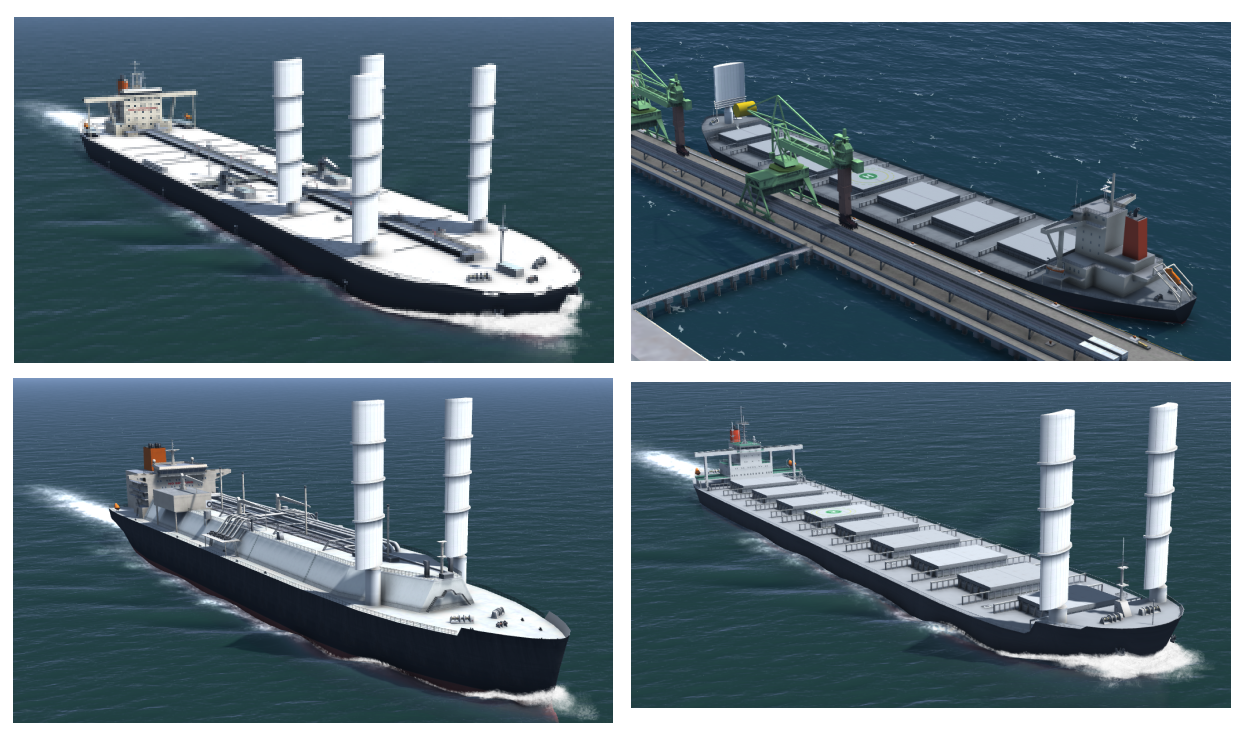 The shift toward zero emissions is already in progress. In the Carbon Intensity Indicator (CII), which will start next year, standard values after 2027, which IMO will discuss in the future, may become extremely strict. We need measures such as retrofits, which improve actual fuel efficiency. In the future, ship operators will have to make advances every year.

As I mentioned at the beginning, if we are to achieve the under-1.5 degree target of global warming, I think it will be necessary to launch alternative fuels as soon as technological innovation allows. I see a strong possibility that new buildings and alternative fuel-powered vessels will become commonplace in the late 2020s.